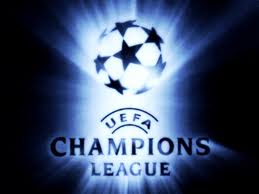 As Portugal's sole representative in the Champions League, FC Porto were trying to successfully negotiate their way into the competition's quarter-finals stage for the fifth time, thus cementing their place as the country's leading force in Europe (second-best Benfica only managing to achieve it twice since the inception of the Champions League).

Without captain Jackson Martínez, recently injured against Braga, and Óliver Torres only fit for the bench, there were some questions marks about the Dragons' ability to beat a side that both Real Madrid and Liverpool had found to be tricky. As it turns out, Julen Lopetegui's charges put in the performance of the season so far and will have certainly put some of their names on the radar of bigger European teams.

Vincent Aboubakar was brought in at the beginning of the season both to provide cover for Jackson Martínez and give him the opportunity to slowly learn the ropes in order to take the Colombian striker's place when he eventually moved away to greener pastures. Even though his goals per minute ratio was certainly impressive, the Cameronian hadn't played that much this season and there were some question marks here about whether he would be able to find his stride in such lofty environments.

Aboubakar was indeed fundamental to the night's outcome, and he proved as much right from the start. With FC Basel seemingly willing to press from the front - their 4x2x3x1 fitted perfectly into FC Porto's 4x3x3 - FC Porto's centre-backs were forced to resort several times to long balls and the striker did not disappoint, effectively linking up play with his team-mates. The 47 passes he received throughout the match painted the perfect picture.

As has often been the case, for all the ball possession FC Porto actually looked more dangerous on the counterpressing - i.e. when they won the ball immediately after giving it away. The first goal, on 14 minutes, was the perfect example as Casemiro made a well-timed tackle and then played a probing pass into Cristian Tello, who ended up being fouled. Brahimi's expertly taken free kick was the first of four delightful goals.

FC Porto had been looking better over the past few weeks and the wins against Sporting and Braga certainly didn't hurt matters, but there remained a few doubts about the team's ability whenever the going got tougher. Given how the team had struggled to create many chance against Basel and that a 1-1 scoreline was a tricky scoreline, both teams's approach was something of a mystery. Basel's initial attempt at pressing high up quickly fizzled out, but FC Porto consolidated all the marginal gains from the past weeks.

There were two things in particular that made a significant difference. On one hand, both Evandro and Herrera were much more willing to penetrate enemy lines and drag their direct markers out of position, thus creating confusion about which Basel player should be marking whom. This had the knock-on effect of putting more FC Porto players near the ball when it was given away and consequently allowing the Dragons to exert greater control over the match, which has not always been the case so far.

On the other hand, both Tello and Brahimi - for all their attacking forays - were willing to track back, unlike what has often happened this season, stopping Basel to hit the wings, particularly on the break. All of this compounded Basel's misery and stopped them in their tracks as the Swiss side were never able to find their groove and, as time went on, started subsiding.

A 1-0 scoreline was good, but it was not exactly an insurance policy, since a goal from Basel would level things. As it were, Brahimi made another one of his darting runs down the left (which had already brought him a few bruises during the first half) and slid the ball to Herrera, who had no trouble dispatching the ball into Vaclík's far corner. Whatever doubts remained were quickly and surely disappearing.

However, perhaps the most important point to take from this match is FC Porto's change of tack as far as the attacking approach is concerned. Unlike what happened against Braga and Sporting, for instance, today there were virtually no aimless crosses thrown into the box, despite Aboubakar's physical presence.

In fact, the chances created from open play throughout the match spoke for themselves and showed the patter to exhaustion: Initiate attacks down the wings to attract the opponents there and then find the pockets of space in the middle. This time around, there were even midfielders supporting those runs, with the rest of players close by just in case.

In the end, Casemiro and Aboubakar would score another two gems, the Brazilian midfielder with a piledriver from 30 yards out and the Cameronian striker with a fine solo run that made for possibly the goal of the evening. However, the most impressive tonight was certainly FC Porto's ability to leave their indelible mark on what will certainly be remembered as one of the club's magical nights in the Champions League. A fifth presence in the competition's quarter-finals was guaranteed and the display that led to it will certainly have supporters gagging for what's to come against Europe's stronger sides.
Posted by Vasco Mota Pereira at 10:22 PM